Early maps of the Island show that the earthen river embankment (or wall as it was more usually known) curved land inwards for a length of approximately hundred yards in the south-west of the Island. For example, in this 1705 map:

The change of embankment course was due to a small inlet – an area of land which was flooded at high tide, but which was dry at low tide. This formed a natural tidal dock which could be used to beach boats for repair, or by local graziers for watering their animals.

Since the 1500s this tidal dock had been known locally as the Drunken Dock. Nothing to do with inebriated sailors or farmers, but drunken in the sense of drowned or submerged.

An 1862 map shows that the Drunken Dock was serving as a mast pond for the mast house on the river. Owned by mastmaker Charles Ferguson (who later passed it to his son, who endeavoured to develop engineering works on the site), Drunken Dock had been given more structure, and was surrounded by housing and industry. J. Scott Russell’s yard, where the Great Eastern was launched a handful of years before, is to the east. British School is present on British St (which would later be renamed to Harbinger Rd). The Great Eastern public house is standing on what would later be the playground of Harbinger School.

Mast houses were tall structures, essentially enclosed cranes, which were used for removing or fitting ships’ masts. The mast house at Drunken Dock looked like this: 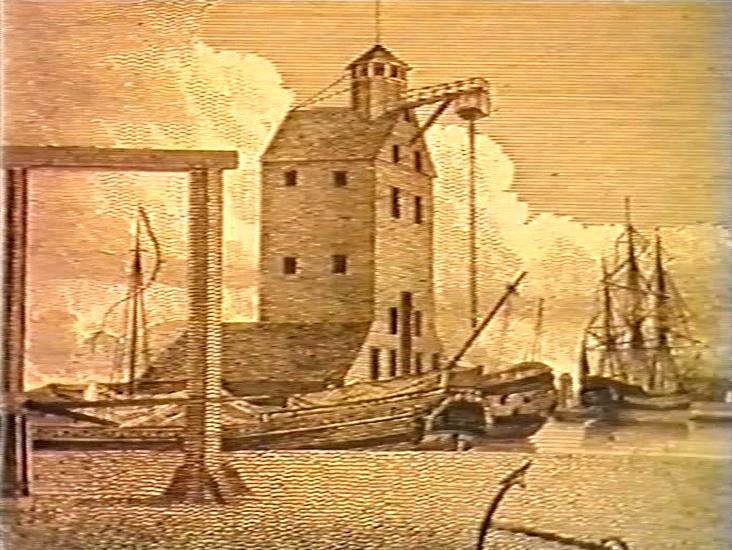 The mast pond was used for storing masts which were awaiting repair or fitting. British History Online has created a plan of the mast works.

When the 1862 map above was published, the mast house works were already in financial trouble and went bankrupt. Steam power had become the norm, and although sailing ships were still being built, these were very large ships that could not be handled by the Millwall mast house. By the time of this 1895 map. The dock had been filled in.

The area west of West Ferry Rd, between Kingsbridge and Deptford Ferry Rd, had long been known as the poorest on the Island. Ironically, the arrival of more industry did not improve the lot of residents. The houses were poorly maintained, subject to flooding, and as they became increasingly squeezed-in by polluting industry, there was less incentive for landlords to repair or maintain them properly. As far as the landlords were concerned, these houses had a limited life, and their best option was to squeeze as much out of them for as long as they could.

The following photo, taken in the early 20th century, shows the path between Mast House Cottages and Totnes Cottages – the path that would eventually become known as Mast House Terrace. The sailing ship is moored in Britannia Dry Dock.

According to British History Online

Plans for redevelopment drawn up in 1916 by George Hubbard, the Ironmongers’ surveyor, were set aside because of the war, and as the leases fell in the company took over direct management of the houses, which were now falling to bits. Several were subject to closing and demolition orders. Despite the wartime shortage of labour and materials, a gang of builders worked continually on urgent repairs, but the estate remained in ‘deplorable’ condition.

The former Welcome Institute and the house next door had already been pulled down when, in May 1919, the freeholds of the estate were put up for auction. Of eight lots, only two, the Ironmongers’ Arms and the Magnet and Dewdrop, made more than the reserve. Most of the houses failed to sell, and the old pasture failed even to draw a bid.

Nos 311–331 Westferry Road and Ingelheim Cottages were leased to Messrs Cutler soon afterwards for an extension to their works, but because of the housing shortage the Borough Council refused to allow Ingelheim Cottages to be pulled down, even though they had long been unfit to live in. They remained inhabited until c1934, when they were finally demolished.

The Welcome Institute, incidentally, moved to new premises on East Ferry Rd, premises which would later be taken over by the Dockland Settlement organization.

Apart from the Magnet & Dewdrop and Vulcan, most of the housing was demolished in 1936, and finished off by bombing during WWII (a few houses on West Ferry Rd remained derelict until demolition in the 1950s). Both pubs are gone now, their buildings converted to other uses. Names of streets in the newly developed area reflect the former industries: Ferguson Close, Britannia Rd, Mast House Terrace, Shah Sushi Japanese Cuisine…. (one of those is not true). 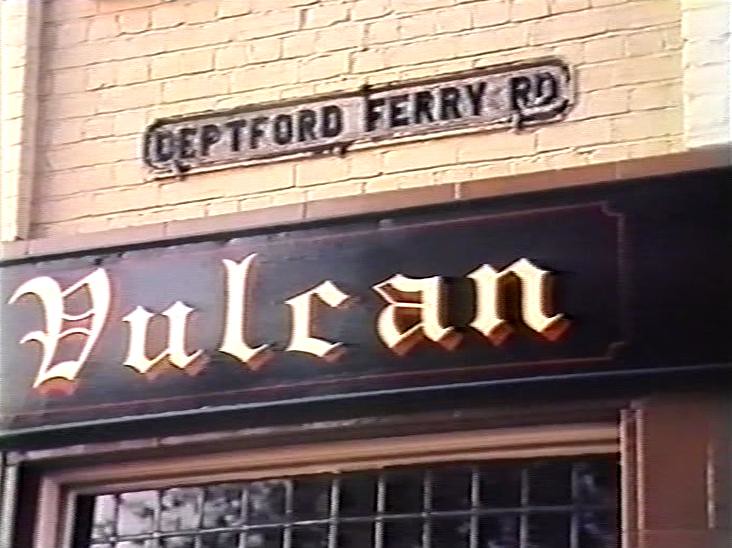 I knew the Vulcan very well from the outside, because it was visible from my school playground. In the mid-1970s, still not old enough to drink legally, I went for my first pint with mates in the Magnet. Too nervous to actually go to the bar, I can only remember trying to be invisible near the toilets, and can’t remember drinking anything.

This entry was posted in Uncategorized and tagged Drunken Dock. Bookmark the permalink.

5 Responses to The Drunken Dock