The Isle of Dogs and the American Civil War

After the American Civil War broke out in 1861, Unionist General Winfield Scott developed and executed his Anaconda Plan: a naval blockade along the many thousands of miles of Conderate coastline aimed at hitting the economy and supply lines of the Confederacy. 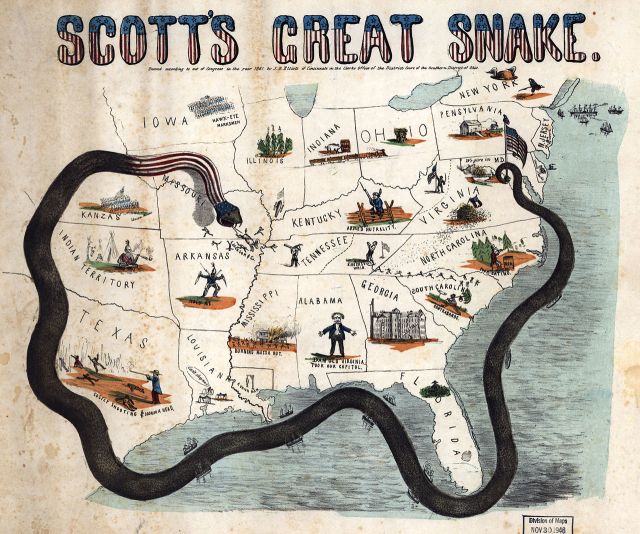 At the time, the Confederates had only 35 ships, of which 21 were steam-driven (and slower). Before the they could build up their navy, privateers were hired to run the blockade, avoiding the Union navy by virtue of speed, superior tactics or better knowledge of the seas in the area. At their peak, there were more than 300 blockade runners operating out of New Orleans alone.

Much of the blockade-running was via the West Indies, the Bahamas and Bermuda; with arms and other supplies being delivered to the US south paid for by cotton heading the other way. Most of this trade was with companies in Britain and France. Even though neither country offically recognized the south, both were heavily dependent on cotton imports and did not place an embargo on southern US goods.

As the civil war continued, the Union navy improved its tactics, and ship speed became all important; if Confederate ships were faster than Union ships, they simply couldn’t be caught, and so the Confederacy ordered fast ships from primarily British shipbuilders.

This was a boon to the British shipbuilding industry, and especially to shipbuilders on the Isle of Dogs who had seen their business being lost to companies in the north of England and Scotland, where labour and resources were cheaper. Also, ship sizes were growing too large for construction in the Thames but small blockade-running ships presented no problem.

One company that particularly capitalized on the opportunity were the Scottish brothers John and William Dudgeon who opened their shipbuilding yard off the north end of Saunder’s Ness Rd, and who specialized in building blockade runners.

Of the 25 ships they built during the duration of the American Civil War (1861-1865), two thirds or more were destined to sail on behalf of the Confederate navy, as can be deduced from some of their names: Atalanta (yes, spelled so), Virginia, Run Her and Rattlesnake.

The first ship built there was the Flora, the first twin-screw steamer to cross the Atlantic Ocean. She ran the blockade 11 times as a privateer before being sold to the Confederate government (in 1863), who renamed her the CSS Virginia and then CSS Cape Fear. She was scuttled off Smithville in 1865.

The Atalanta was ostensibly built for the Chinese opium trade, but served as a private blockade runner off the south of the US before being acquired by the Confederate government and renamed the Tallahassee after the Confederate state capital in Florida.

After the Tallahassee was commissioned and prepared for sea she was placed under Commander John Taylor Wood, CSN. Wood was a grandson of President Zachary Taylor and a nephew of Jefferson Davis, who at the time was President of the Confederate States of America. The officers and crew were all volunteers from the Confederate gunboats on the James River and North Carolina waters.

The Tallahassee went through the blockade on August 6, 1864 from her home port of Wilmington, North Carolina. Her first day out, four cruisers chased the Tallahassee without incident.

She made a spectacular 19-day raid off the Atlantic coast as far north as Halifax, Nova Scotia. The Tallahassee destroyed 26 vessels and captured 7 others that were bonded or released.

The service record of some other Dudgeons-built ships includes:

Another local firm to profit from the American Civil War was James Ash & Co, who also had a shipbuilding yard in Cubitt Town.

Ash’s firm built a ship for the Confederacy, the CSS Lady Stirling. She was captured by USS Eolus and USS Calypso on 28th October 1864 while attempting to run the blockade of Wilmington, North Carolina. Subsequently acquired by the Navy and converted into a gunboat, she was commissioned in April 1865 as USS Lady Stirling then renamed Hornet, followed by the name Cuba. 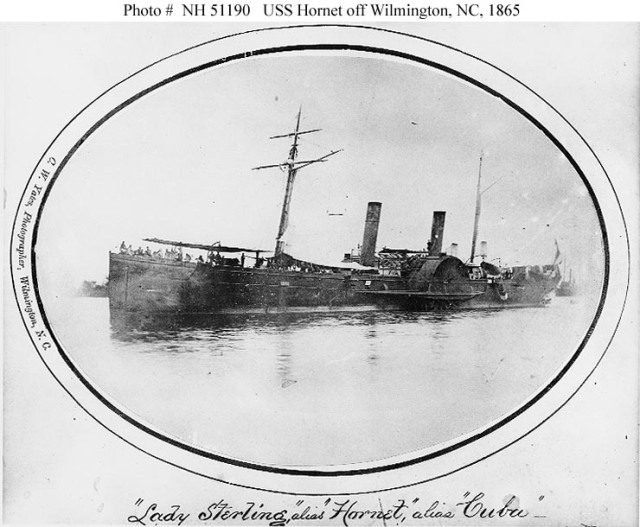 Unlike many firms on the Island, and thanks to its sales to the Confederacy, J & W Dudgeon survived the economic crisis caused by the collapse of the Overend, Gurney & Co. bank. In fact, they had so many outstanding ship orders that in 1869 they took over the disused yard to the south, bordering Pyrimont Wharf. However, the company was to suffer a fatal blow in 1874, with the disastrous launch of their 70th ship – the 300 ft long frigate Independencia for the Brazilian Government. The Dudgeons attempted to launch her on 16 July but she stuck fast and did not budge. A second attempt was made on 30 July during which the ship got about one-third down the slipway and stuck, extensively damaging her hull plating.

By this time, shipbuilding on the Island was almost a thing of the past.