By the end of the 19th century, so much wood was being imported via the Millwall Docks that the dock company was running out of room to store it all. The company owned a lot of land beyond the dock fences – including the whole of the mudchute – so they booted Millwall Athletic off their land just south of Glengall Road in order to construct new warehousing there (see this post for more the story of Millwall Athletic on the Island). 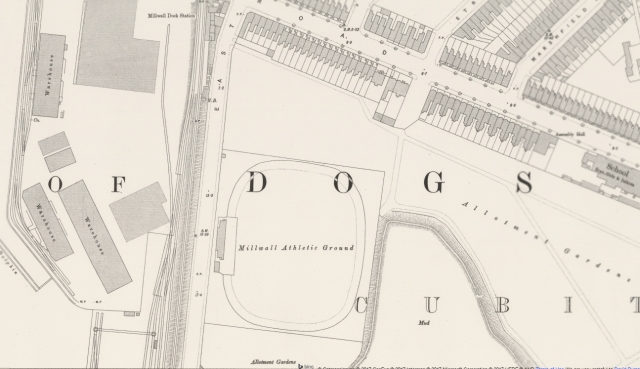 The challenge for the dock company was: how to transport the timber from the docks, over East Ferry Rd, and into the newly-formed ‘Transporter Yard’? In 1900, Chief Millwall Dock Engineer, Duckham, travelled to Sweden for inspiration, where he inspected a timber transport system not yet known in England. On his return, he:

…proposed the adoption of an electrically motivated elevated timber transporter invented by the Stockholm engineers Adolf Julius Tenow and Johan Edward Flodstrom. The transporter was fixed to run …. from the south-east corner of the Inner Dock. Bolinders supplied a further 200 yards of transporter and Joseph Westwood & Company, of Millwall, supplied and erected steel bridges to carry the structure across the railway and road. The transporter was quickly assembled and a trial on 17 June 1901 was a success….  It was inaugurated with a Coronation Dinner for the poor of Cubitt Town…. In late 1901 it was extended 200 yards eastwards and a spur was added to serve C Yard. The whole cost was £7,798.

The timber transporter consisted of a system of rollers, about 15ft above the ground, supported by a steel and wood trestle system. Above the rollers was a pitched roof to keep the timber and roller mechanism dry. This recently-uncovered, fascinating photo shows the transporter crossing East Ferry Rd from the docks (right) and into the Transport Yard in the mudchute (left).

There was a remnant of the transporter still in place as late as 1970:

The same view today (East Ferry Rd has been redirected at this point in recent times, and the bend in the road is no longer present): 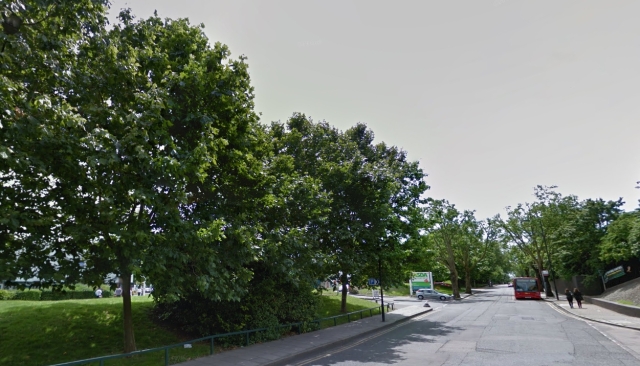 An important feature of the transporter was its wood-housed system of claw lifts which carried deals up from the quay:

The previous photo shows the start of the transporter where it met Millwall Inner Dock, close to Glengall Bridge and parallel with Glengall Rd. The following photo shows the start from another angle, across Millwall Inner Dock. Glengall Bridge, a swingbridge, is open – the pedestrians are waiting for it to close.  Note the fence on both sides of Glengall Road to keep people out of the docks. The dock company, and later the PLA, were never happy with a public right of way going through their land; after the post-war closure of the last ‘bridge’ – which was actually a barge – the PLA tried to close off the cross-dock route altogether – the eventual construction of the raised glass bridge was a compromise. 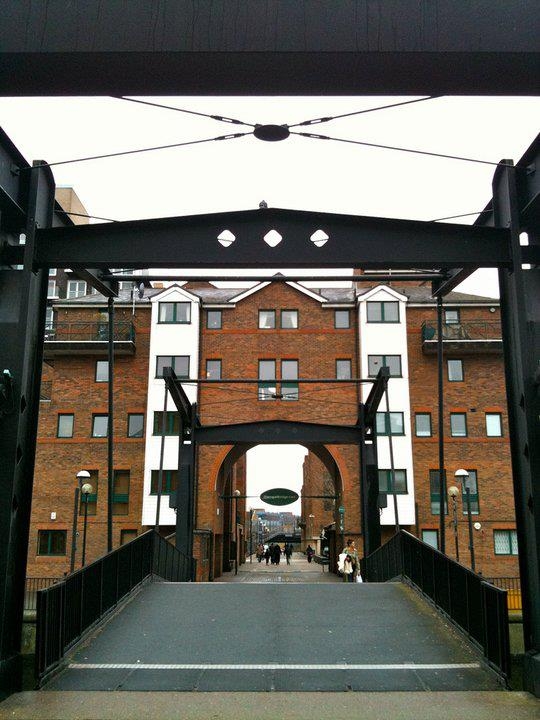 The transporter also had an interesting system for offloading and stacking timber (the ‘lowering system’). This was a mobile construction which ran on tracks under the raised rollers, allowing dockers to offload at any point along the route of the transporter. In this photo, the steep mudchute embankments are visible in the background:

Although an innovative and impressive piece of engineering, the transporter did not save on costs – it proved cheaper to transport timber at street level on conventional (rail) trollies. Survey of London:

It did not save on labour, as porters had to sort the deals at the delivery end. The PLA stopped the use of the transporter in 1909 and, after a fire, it was dismantled in 1911.

Postscript: Some of the photos and information in this article were found in a 1905 publication, The Mechanical Handling of Materials. The relevant pages, with extra information for the mechanically minded, are reproduced here: 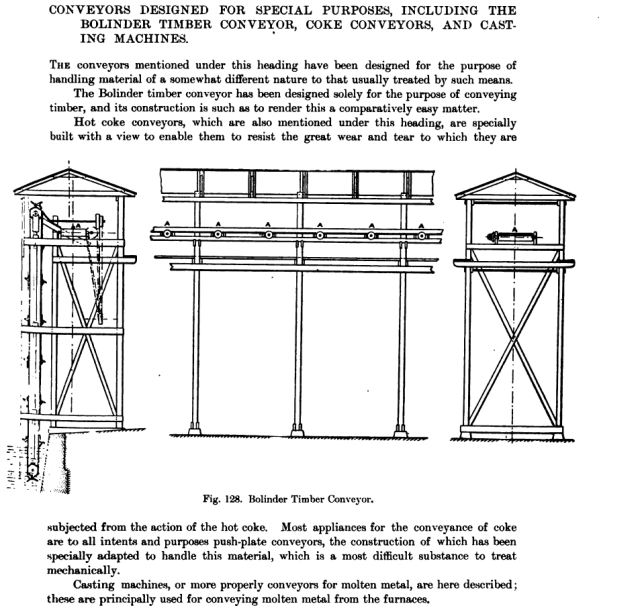 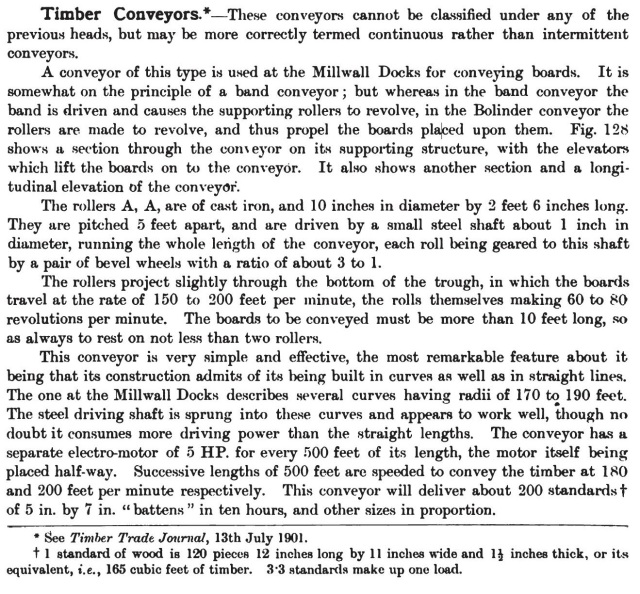 6 Responses to The Timber Transporter