The area immediately to the west of Harbinger School was one of the poorest of the Island, and was known for its slum housing.

The Rev. Richard Free took charge of St Cuthbert’s Church in 1897, and stayed for a while at Ingelheim Cottages:

It was ‘a terrible old shanty, lacking every convenience’, and crawling with lice. Built as a corner-house on the intended Ironmongers’ Street, it had eight rooms on two floors, with an attic and box-room, and was distinguished by a clumsy bellshaped gable on the street front which gave it a quaint look, reminiscent of ‘a lifeboat station or ark of refuge’.

The houses in and around Ingelheim Place were declared unfit for human habitation, some as early as before World War I, but due to the post-war financial collapse and subsequent housing crisis, Poplar Borough Council would not permit their demolition. However, when the river overflowed its banks in January 1928, and the area was heavily polluted by oil from local oil refineries, the council was compelled to take action, and sought help from the London County Council. Survey of London:

The LCC concluded that the houses on the south-western side of the road could be reconditioned, but proceeded, after some delay, to acquire and clear the properties on the northeastern side, mostly without recourse to formal clearance or compulsory purchase procedures.

The LCC designed an estate with eight blocks of flats, all according to a standard design it had employed throughout London, and all named after Merchant Navy training ships: 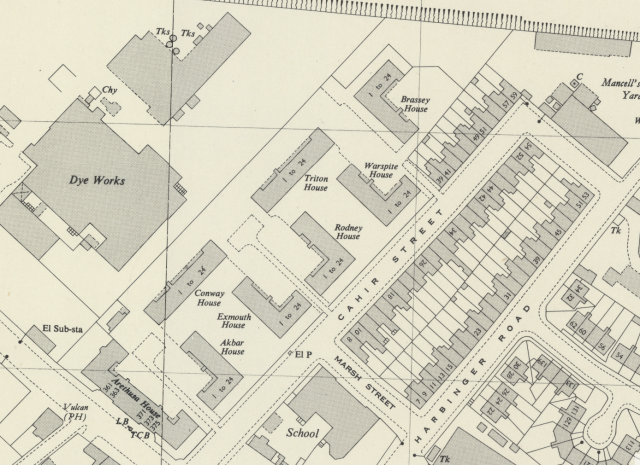 The first two blocks, Conway and Triton Houses, were opened in 1932. 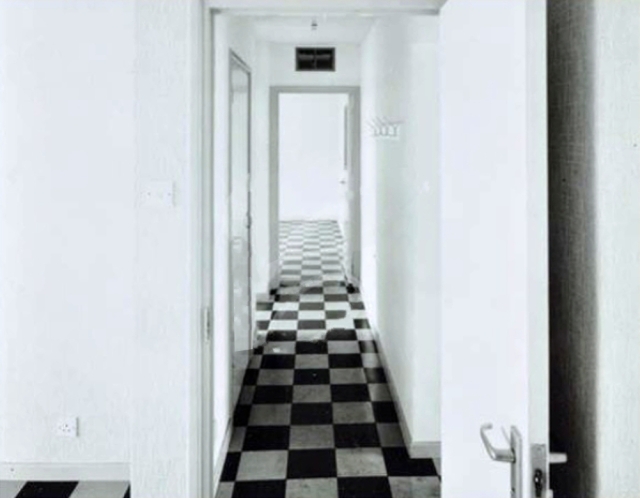 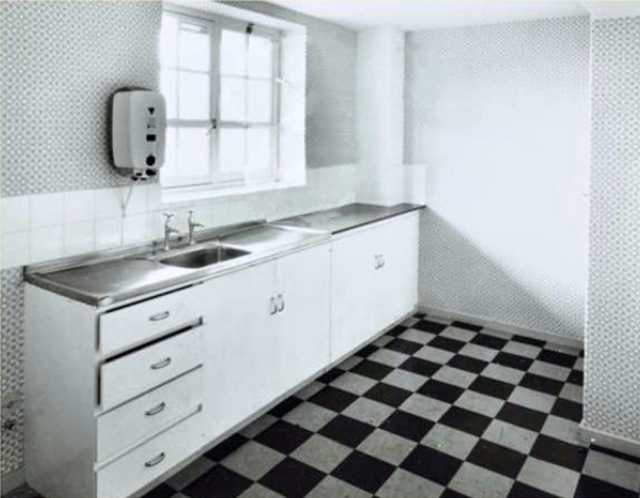 The following photo shows the estate still in development:

The last block to be built was Arethusa House, opened in 1936. 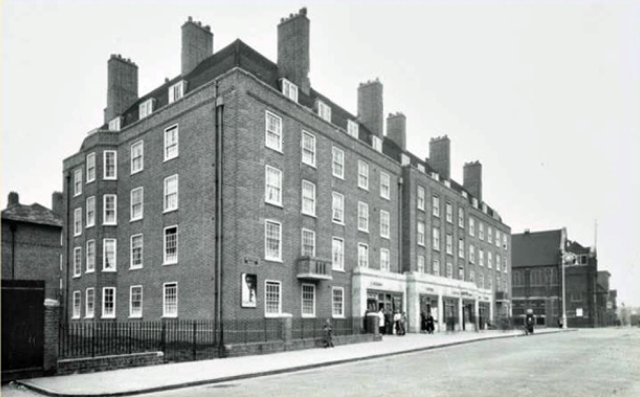 The estate survived the war relatively unscathed, with broken windows and missing tiles being the worst damage as this post-war photo shows (the metal railings around the estate had been removed for salvage during the war).

The photo shows also the air raid shelter built in the yard between Conway, Akbar and Exmouth House; and the site of St. Cuthbert’s Church and the row of houses along West Ferry Road – all damaged beyond repair during the first night of the Blitz (and now the site of Harbinger School’s playground). 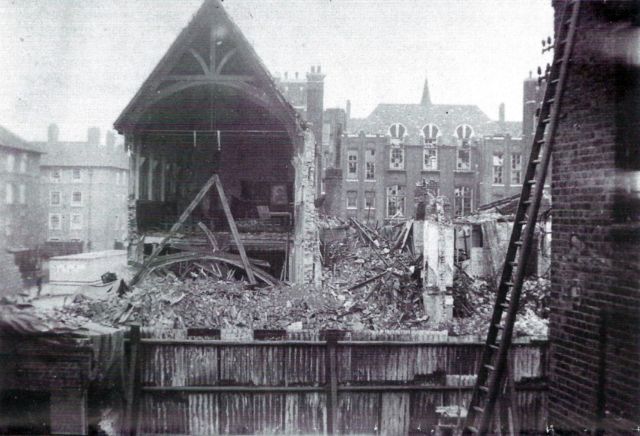 St. Cuthbert’s Church, with Harbinger School on the right, Cahir Street on the left 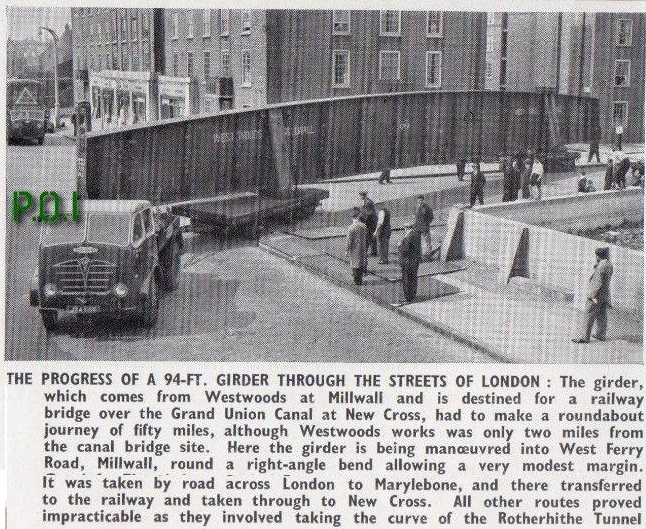 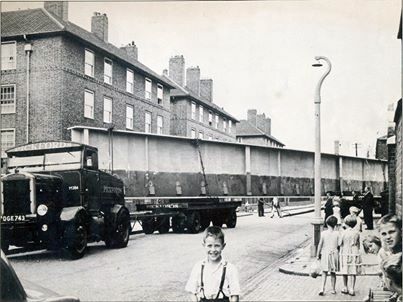 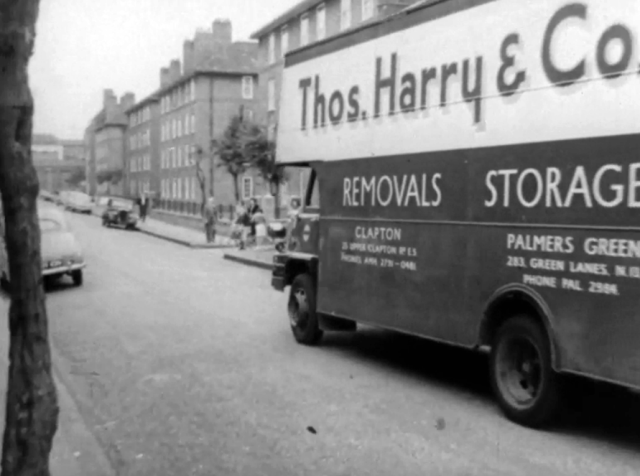 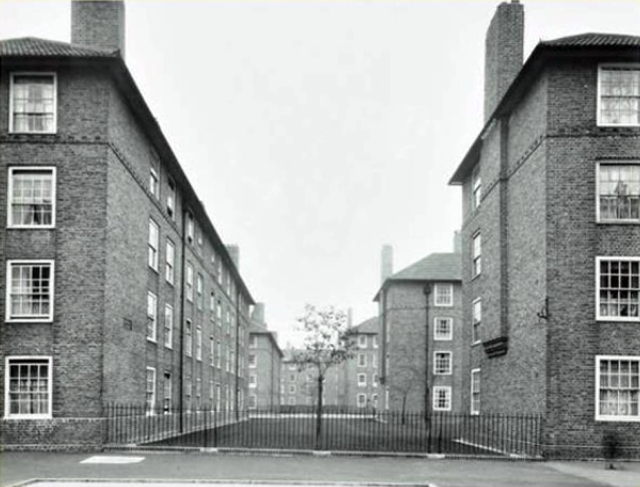 In the late 1960s the Greater London Council carried out an extensive modernization scheme that included the installation of a bathroom for each flat. The number of flats per block was reduced from 24 to 16, except at Arethusa House, where the original 34 flats were converted to 31. 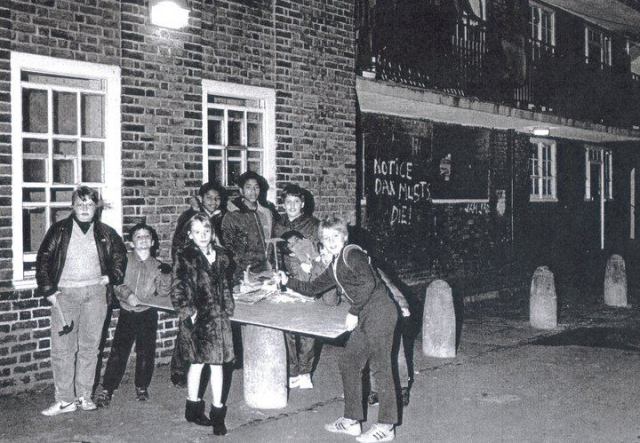 9 Responses to The West Ferry Estate