A Few Colourised Old Photos of the Isle of Dogs

Posted on December 1, 2020 by Mick Lemmerman

There are a number of websites that auto-colourise black and white photos that you upload. The results can be a bit hit and miss, but are frequently interesting, with the colours giving the photos a different energy.

I experimented with photos on one such site, which has since gone offline, and thought I’d share the results instead of keeping them to myself. Not much text or history in this post, but I hope you enjoy the images. 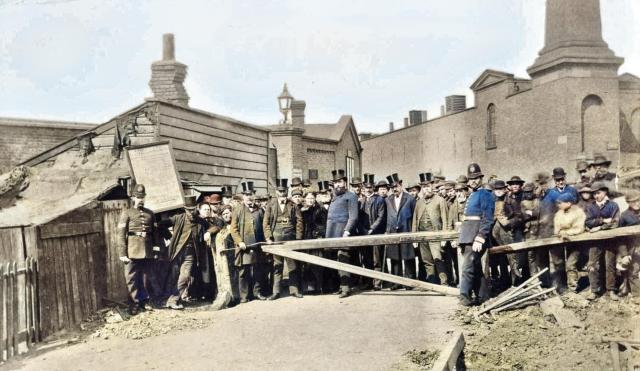 1885. The ceremonial removal of the toll gate at the north end of East Ferry Road.

1900s. The Lord Nelson. It was much more ornate a building, as can be seen in this photo. There is no record of what happened to the statue on the roof.

1900s. The Lord Nelson. The letters and number above the front door reveal that this was the Association of Friends (a friendly aka mutual society) location number 3834. Mind you, the number looks more like 3634 in the previous photo.

1909. Millwall from Greenwich (some readers might recognize Burrell’s, surrounded by chimneys)

1920s. Killoran in Britannia Dry Dock. The houses on the right are the rear of houses in Deptford Ferry Road which once ran up from the Vulcan to the river.

c1930. Totnes Terrace. The rear of this row of cottages is shown on the right of the following photo of Britannia Dry Dock. Photo: Island History Trust 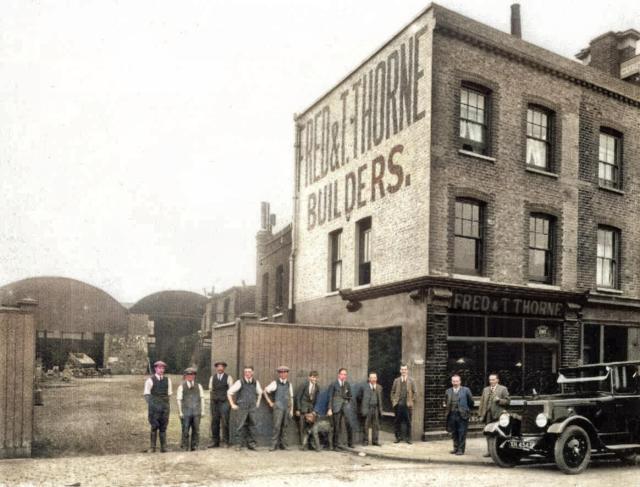 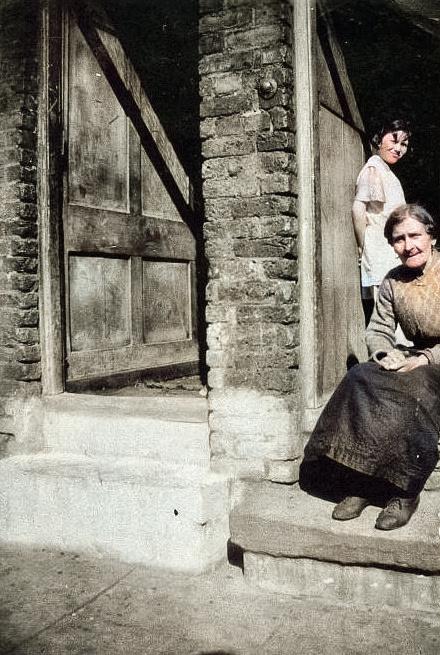 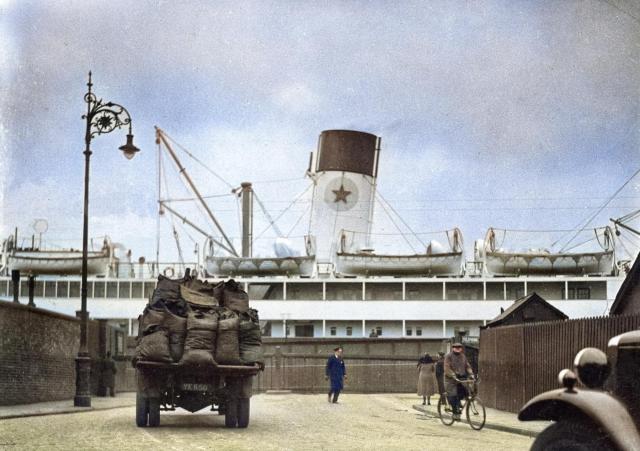 1930s. A bridger at Kingsbridge. Apparently a good example of how incorrect the auto-colouring can be; those who know about these things inform me that the ship’s funnel and star are the wrong colour. Photo: A.G. Linney / Museum of London Docklands

1930s. Bullivant’s Wharf, with St Luke’s Church in the background. 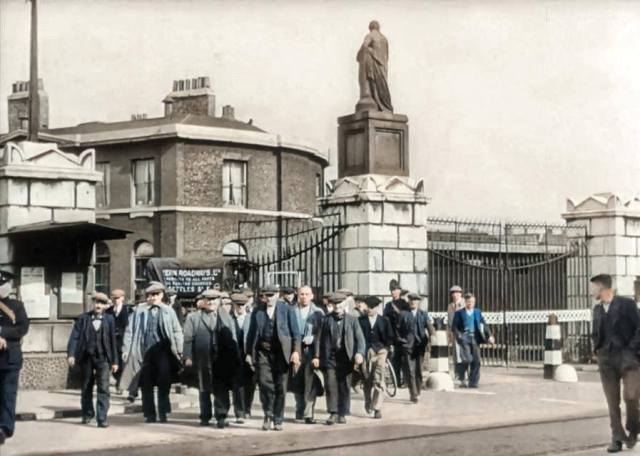 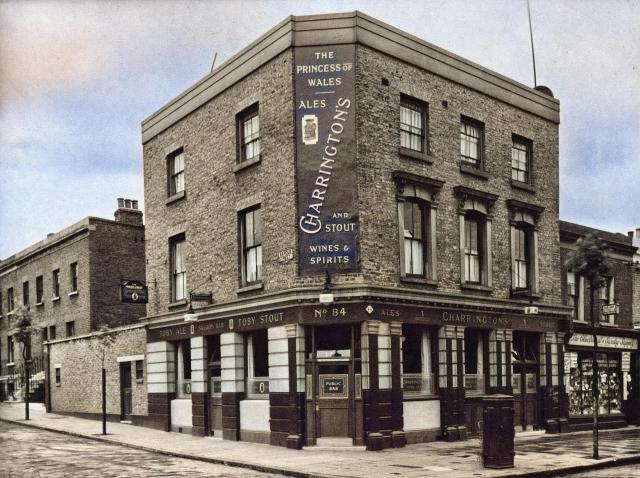 1950s (estimate). Princess of Wales on the corner of Barque Street (left) and Manchester Road (right). 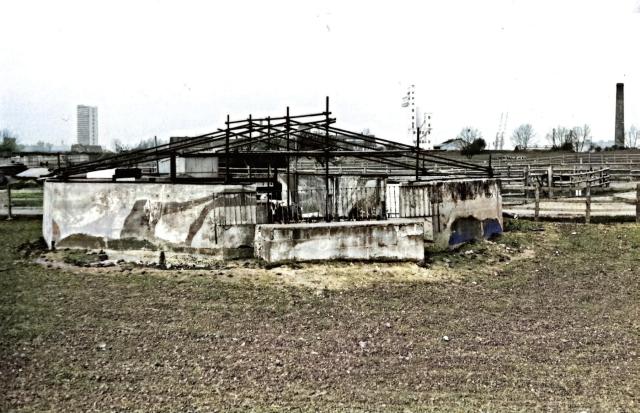 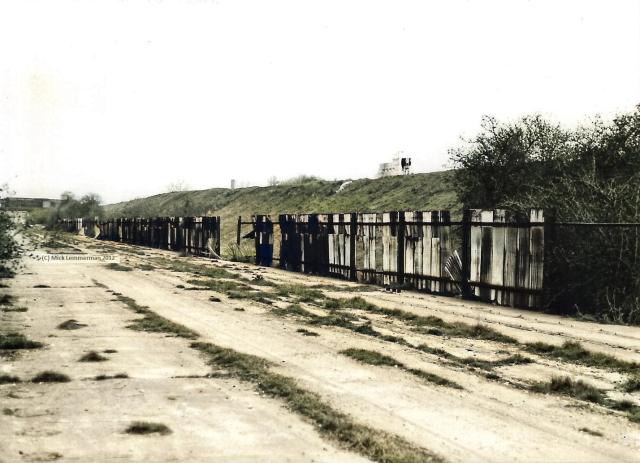