For many Islanders, including myself, few buildings were more familiar and more represented home than the McDougall’s flour silo. Visible from virtually anywhere on the Island, its distinctive appearance set it apart from all other dock, warehouse and industrial buildings. A landmark in the proper sense of the world.

McDougall’s from Millwall Park in the 1970s

I had the pleasure of a school trip to McDougall’s when I was at Harbinger. Our guide showed us the different areas, where we were received by different workers who explained what they were doing (I recall that they were all women, but I do have a bad memory), and at the end we were all given a half-pound packet of flour “to take home to mum”; a striped packet with an image of a bloke in a bowler hat. Well, it was the intention that we took the flour home, but a flour fight between Kingsbridge and Cahir Street put paid to that.

As is the case with numerous old Island firms, McDougall’s was started by a Scot, Alexander McDougall from  Dumfries. McDougall set up a manufacturing chemist’s business in Manchester in 1845 which 20 years later developed and produced a patent substitute for yeast – the basis for self-raising flour, which revolutionised home baking and established McDougall’s as a household name. 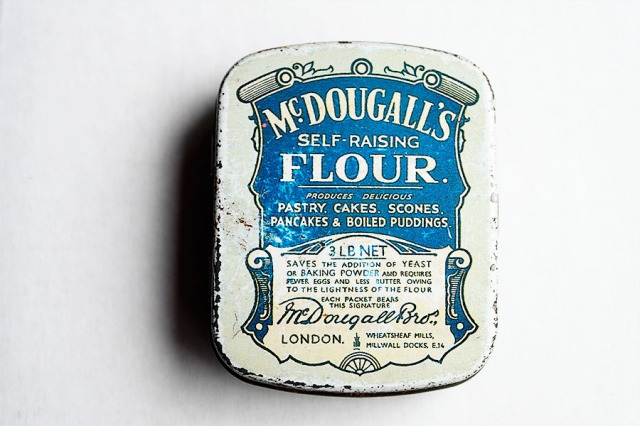 The owners of Millwall Docks, which opened in 1868, intended to sub-let the greater part of their quays to private companies at relatively low rates One of the companies who took advantage of the offer was McDougall Brothers in 1869 (by this time, Alexander had passed control of the company to his five sons). The firm built substantial premises – Wheatsheaf Mill – on the south east quay of Millwall Outer Dock.

In 1898, a great fire destroyed the mill, despite the efforts of fire engines from all over London.

McDougall’s after the fire

The mill was rebuilt, and was further extended in the following decades.

A visit from the king 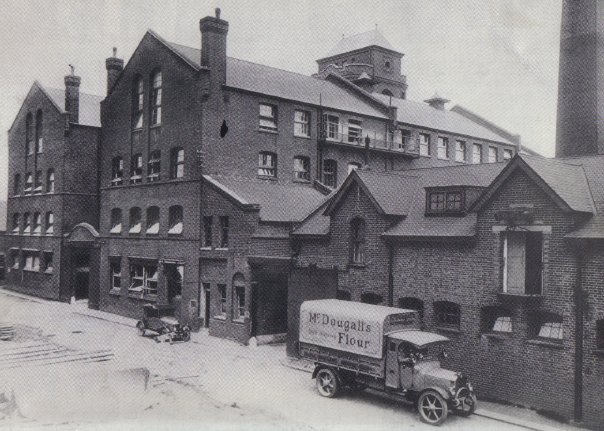 A quayside silo was projected in 1899, but not built until 1934, when it displaced V Shed  The silo’s civil engineer was J. H. Walker, Mark Jennings was the mechanical and electrical engineer, and the building contract went to Fred Mitchell & Son of Manchester. The silo was 100ft tall and had a capacity of 8,000 tons in ten 20ft-diameter cylindrical bins on massive reinforced-concrete columns and 50ft piles. The 6in.-thick concrete walls were cast in 2ft-square metal forms. Above the silo was an enclosed conveyor gallery, from which chutes fed the bins. To the east stood a 120ft-tall intake elevator, a pump room and the threestorey receiving house, for weighing and separating grain, with its own five-storey quayside elevator. Jennings’s innovative pneumatic intake plant comprised a tower that travelled about 370ft along a steel-framed quayside gantry, which covered a conveyor taking the wheat to the receiving house. Grain was transferred from the silo to the mill or barges by conveyor gantries at first-floor level.

Most of the eastern half of the McDougall’s site was redeveloped in 1935–6, when the nineteenth-century buildings were replaced with a three- and four-storey warehouse and, to the north, a five-storey process house, both of reinforced-concrete. The area south of the main pump house was built up with offal warehousing in 1937–8 and c1952, when a nine-storey reinforced-concrete drier house and single-storey warehouse were erected to the north-east. 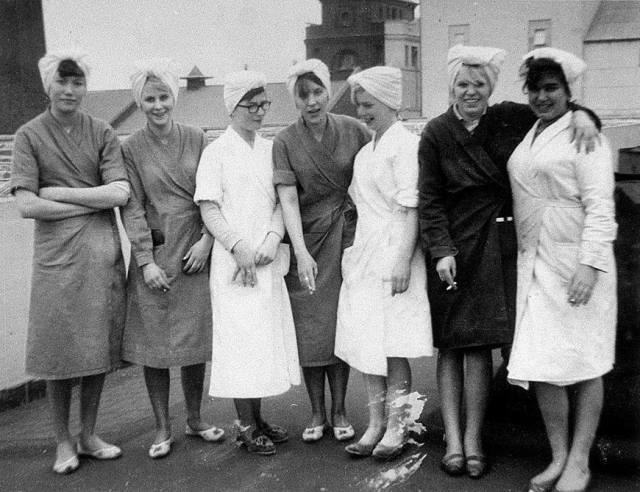 In 1960 two steel-bin silo cylinders, each 30ft in diameter and 50ft high, were erected west of the main silo. 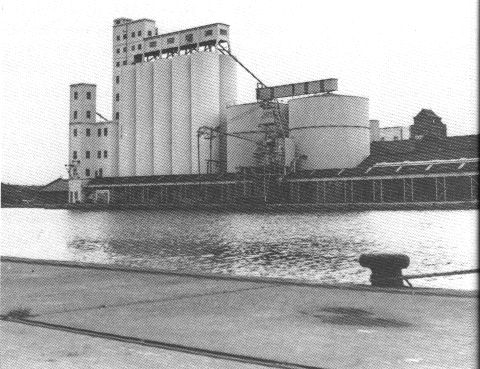 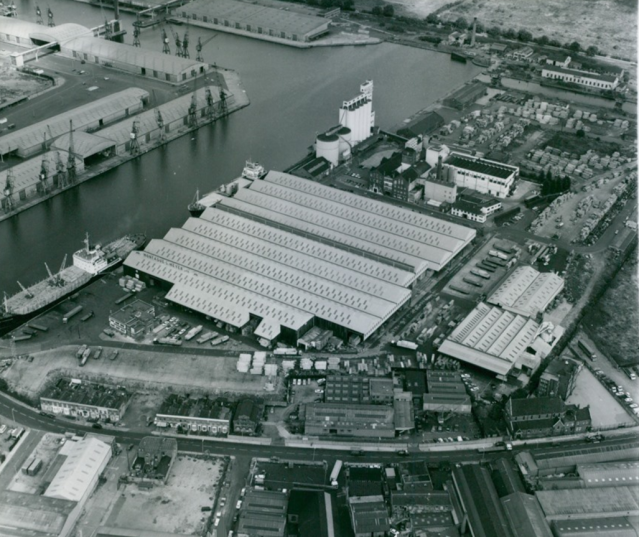 In 1962, McDougall’s (by now named Hovis-McDougall, after a 1957 merger) was acquired by the Rank company and carried on doing business as Rank Hovis McDougall Ltd.

The last lorry out of McDougall’s 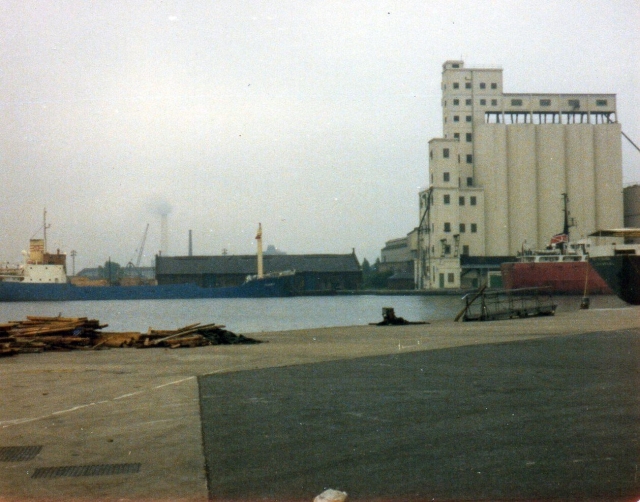 The buildings were demolished in 1984–5.

Today, the street name Wheat Sheaf Close (why two words?) is a small reminder of the mill.