The Cutty Sark in Millwall Docks

Posted on December 5, 2014 by Mick Lemmerman

10th December 2014 marks the 60th anniversary of the arrival of the Cutty Sark at her final berth in Greenwich, as mentioned in yesterday’s edition of The Wharf newspaper.

The ship looks a bit of a state, but this is primarily because she had been stripped of everything that could be removed. This was done to make sure she floated higher in the water when towed into the shallow dry dock.

A few years earlier, in 1951, the Cutty Sark spent a few months in the Millwall Graving Dock (aka Millwall Dry Dock). She had been towed there for refitting in preparation for mooring off Deptford as an exhibition ship in connection with the Festival of Britain.

The structure of Millwall Graving Dock is still in place, now known as Clipper’s Quay, very close to ASDA. It now looks like this:

But used to look like this when in operation (the road at the top is East Ferry Rd). Click on the image for the big version:

Here is the Cutty Sark being towed in Millwall Docks. I don’t know if she is heading for the graving dock (in February 1951) or if this photo was taken after the refitting (in October 1951). 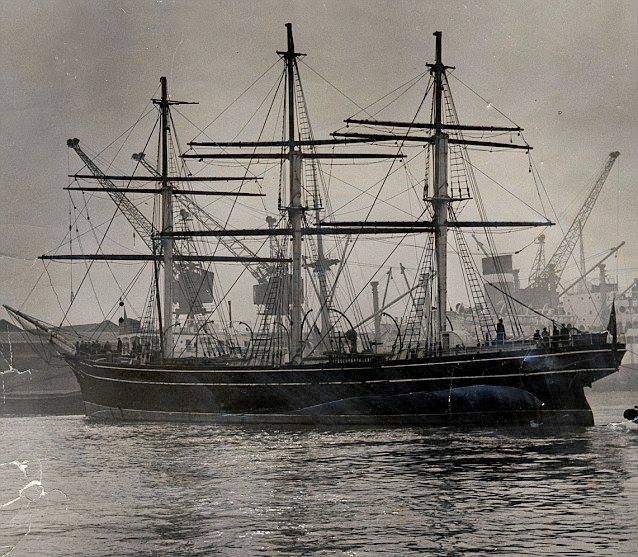 Definitely heading for the dry dock in this photo. The entrance was just left of McDougall’s, which can be seen in the background.

Once she entered the dry dock, the end of the dock was sealed off with a coffer, a temporary or movable dam across the dock entrance, and the water was pumped out. Large beams were used to keep her in place and upright.

And the refitting and refurbishment could begin. 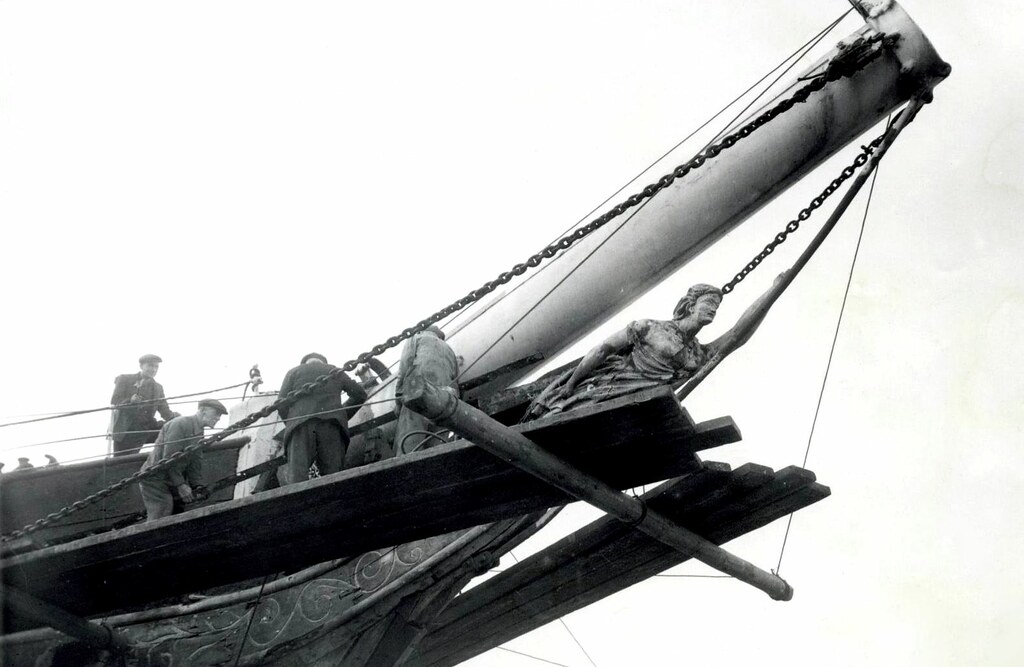 In October 1951, the Cutty Sark was towed the short distance from Millwall Graving Dock to Deptford, mooring alongside the Worcester III training ship.

On 30 January 1952, the 800-ton tanker MV Aqueity collided with Cutty Sark ’​s bow in the Thames. The two ships were locked together after the collision which forced Cutty Sark ’​s jib boom into Worcester ’​s fo’c’s’le rails, snapping the boom before scraping along Worcester ’​s starboard side. Cutty Sark ’​s figurehead lost an arm in the process. Cutty Sark was towed to Shadwell Basin where emergency repairs were carried out by Green & Silley Weir Ltd. The damaged arm was recovered at Grays Thurrock and the figurehead was repaired.

On 10th December 1954, after further work in East India Docks, she entered the permanent dry dock in Greenwich.

Later providing a very familiar sight for all Islanders (and especially for me, as I as passed it every day on the way to school).

I couldn’t bring myself to post a recent photo, showing the Cutty Sark plonked in a fish bowl.

14 Responses to The Cutty Sark in Millwall Docks